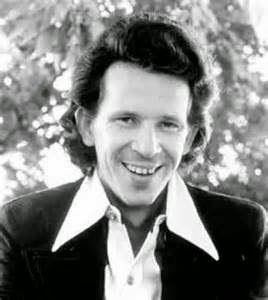 He wasn't the most famous country singer in country music history, but he did have a huge impact on my writing. It started out one fine Friday morning when I left with my stepfather, at the time, to ride shotgun in his big rig to drop off and pickup a few loads one weekend.

My stepfather was a long road semi-truck driver. It was the summer of my 14th birthday. We lived in Palm Harbor, Florida and picked up a trailer in Tampa, Florida to drop off in Jacksonville, Florida. From there, we would pick up and drop off a couple more loads before returning that following Monday afternoon.

No sooner did we leave Tampa for Jacksonville did my stepfather put in a tape. As soon as it started playing, I turned to my stepfather and asked, "Who's that?"

He looked at me with a grin. "Gary Stewart." He replied, before elaborating, "Man cannot live by Hank Williams alone."

I never looked back. My country music roots were now planted. It was the most listened to tape on the trip. I made it a point to memorize every lyric to every song on that tape. I also remember saying to myself, "I want to write songs like that!"

The song that made the most impression on me was his version of "Broken Hearted People". I never forgot Gary Stewart after that.

Gary Ronnie Stewart (May 28, 1944 – December 16, 2003) was a country musician and songwriter known for his distinctive vibrato voice and his southern rock influenced, outlaw country sound. During the peak of his popularity in the mid-1970s, Time magazine described him as the "king of honkytonk." He is remembered for a series of country chart hits from the mid- to late- 1970s, his biggest hit being "She's Actin' Single (I'm Drinkin' Doubles)," which topped the U.S. country singles chart in 1975.

Named after actor Gary Cooper, Stewart was born in the Letcher County, Kentucky, town of Jenkins, the son of George and Georgia Stewart. In 1959 his father, a coal miner, sustained an injury while working in the mines, and shortly afterwards the family moved to Fort Pierce, a city on Florida's Atlantic coast.

Learning guitar and piano, Stewart began touring with local bands and writing songs in his teens. He married Mary Lou Taylor, more than three years his senior, at age seventeen and began working days in an airplane factory. He still played in rock and country bands at night. While playing in an Okeechobee, Florida, honky-tonk known as the Wagon Wheel, Stewart met country singer Mel Tillis, who advised Stewart to travel to Nashville to pitch his songs. He recorded a few sides for the small Cory label in 1964 and began co-writing songs with local policeman Bill Eldridge. Stewart and Eldridge wrote Stonewall Jackson's 1965 country hit, "Poor Red Georgia Dirt". Signed to the Kapp label in 1968, Stewart made several unsuccessful recordings but several songwriting successes followed, for artists like Billy Walker ("She Goes Walking Through My Mind", "Traces of a Woman", "It's Time to Love Her"), Cal Smith ("You Can't Housebreak a Tomcat", "It Takes Me All Night Long"), and Nat Stuckey ("Sweet Thang And Cisco"). He even played piano for a time in Charley Pride's band the Pridesmen, and can be heard on Pride's live In Person double-album. Disappointed with Music Row, however, he soon returned to Florida and resumed playing countrified rock 'n' roll in local clubs and bars. 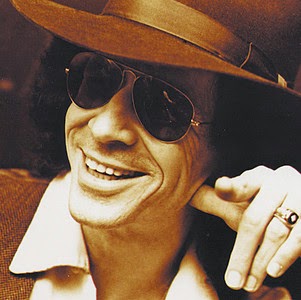 Stewart was dropped from Kapp and then from Decca, but a series of demo tapes, including some countrified Motown tunes, found their way into the hands of producer Roy Dea, who convinced Jerry Bradley to sign Stewart to RCA Records. He returned to Nashville in 1973 and recorded a cover version of "Ramblin' Man" by the Allman Brothers, both of whom were Stewart's personal friends. It charted at only #63 on the country chart, but his follow-up, 1974's "Drinkin' Thing" became a top ten hit. His album Out of Hand was released in early 1975. "Out of Hand", the title cut, became a #4 country hit and was followed by the #1 hit "She's Actin' Single (I'm Drinkin' Doubles)".

The album Out of Hand, which climbed to #6 on the Billboard country album chart, has since become one of the most critically lauded country albums of the 1970s. Rock critic Robert Christgau gave the album an A- saying that it "was the best regular issue country LP I've heard in about five years." Rolling Stone gave it high praise as well, stating that, "With practitioners like Stewart around, honky-tonk—and rockabilly - may not be dead yet." Thom Jurek of Allmusic later gave the album five of five stars and stated that a "strong case could be made for Out of Hand as one of the Top 100 country records of all time. It might be in this writer's Top Ten!" Country music critic Bill Malone called Out of Hand "one of the greatest honky-tonk country albums ever recorded. 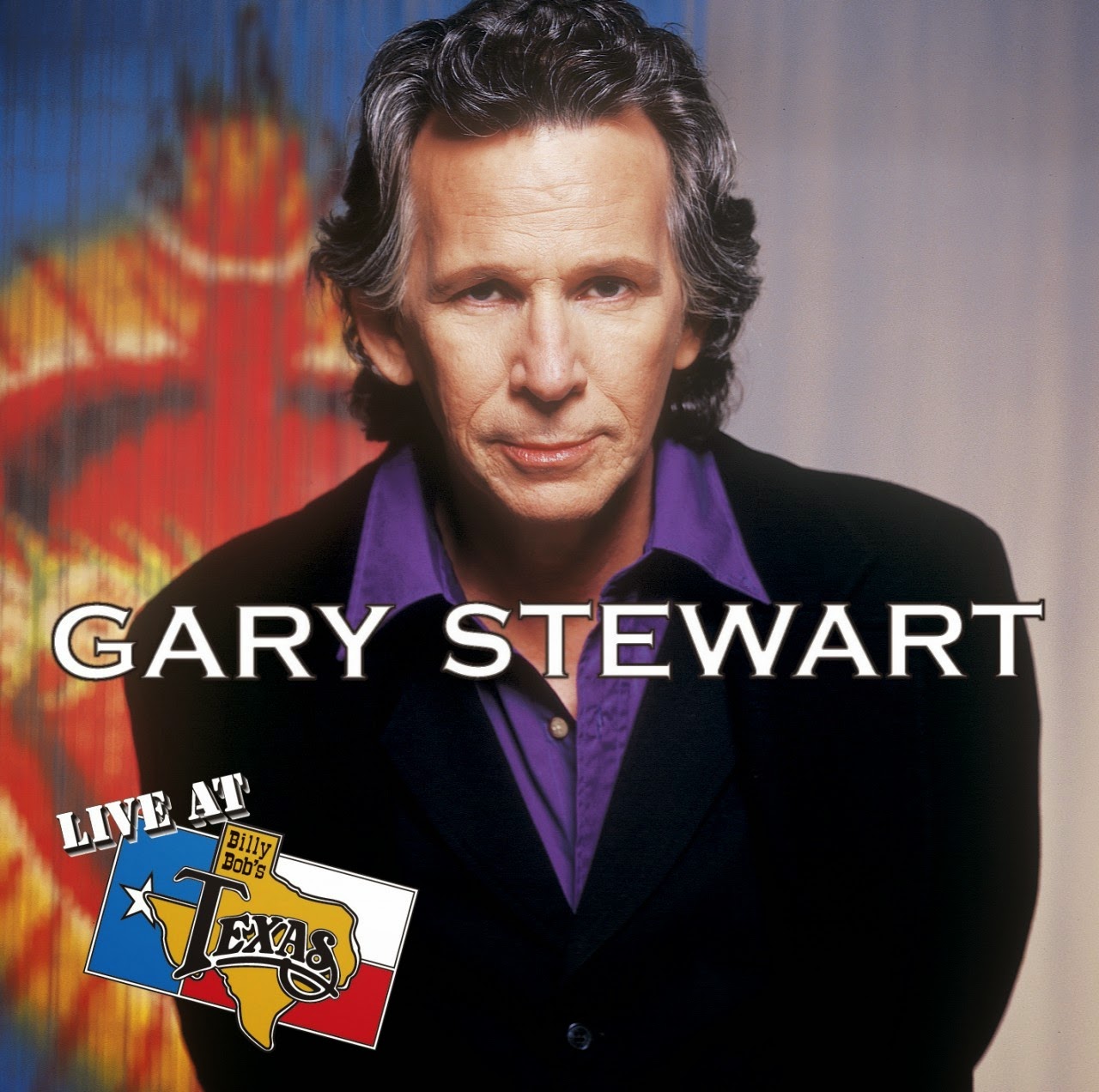 Later in 1975, MCA released Stewart's old Kapp material scoring a #15 hit with the single "You're Not the Woman You Use to Be". For the rest of the 1970s Stewart played the honky tonks with his road band, The Honky Tonk Liberation Army, and recorded similar albums with modest success for RCA: 1976's Steppin' Out; 1977's Your Place or Mine (which featured guest artists Nicolette Larson, Emmylou Harris, and Rodney Crowell); and 1978's Little Junior. These albums spawned several hit singles, including: "Flat Natural Born Good-Timin' Man", "In Some Room Above the Street", "Single Again", "Your Place or Mine", "Quits", and "Whiskey Trip".

His 1977 ode to marital distress entitled "Ten Years of This", from the album Your Place or Mine, was a favorite of Bob Dylan and a #16 hit.

Though his late 1970s albums were well received by critics and his core audience, Stewart never established a large audience. He was often labeled as "too country" for rock listeners and "too rock" for country fans. In 1980, he released the Chips Moman-produced Cactus and a Rose which featured Southern rockers Gregg Allman, Dickey Betts, Mike Lawler, and Bonnie Bramlett. It did not garner much airplay and RCA teamed Stewart up with songwriter Dean Dillon for a pair of duet records. Soon after, Stewart returned to Florida, where alcoholism and drug use kept him from recording for much of the 1980s. His son, Gary Joseph Stewart, committed suicide late in the decade as well. Stewart signed with the HighTone label in 1988 and recorded three albums over the next five years. These albums included fan favorites like the minor hit "An Empty Glass (That's the Way the Day Ends)" (written by Stewart and Dillon), "Let's Go Jukin'" (written by Stewart and Betts), and "Brand New Whiskey" (written by Stewart and his wife). 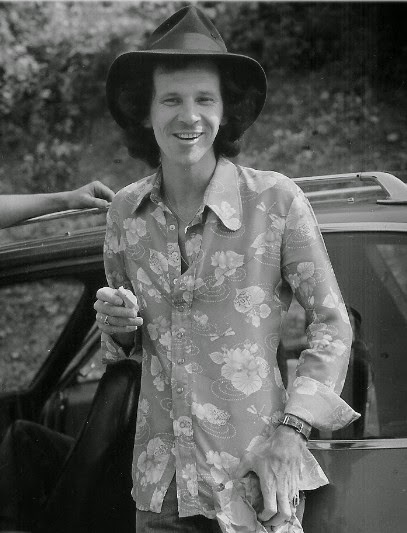 Stewart continued to tour through the 1990s, playing venues such as Fort Worth's Billy Bob's Texas several times a year. During this time Bob Dylan, while touring with Tom Petty in Florida, drove out of his way to meet Stewart, "confessing that he'd played Stewart's ode to marital malaise 'Ten Years of This' over and over, the record casting a spell over him." In 2003, Stewart released Live at Billy Bob's Texas, his first album in ten years and his first-ever live album. Reviewers at Allmusic gave it good marks.

There were numerous pro-audio and pro-video recordings of Gary Stewart performing full sets live at Billy Bob's Texas, although representatives with the Smith Music Group have stated there are currently no plans to release them for public consumption.

On November 26, 2003, the day before Thanksgiving, his wife of nearly 43 years, Mary Lou, died of pneumonia. Stewart, who had been scheduled to play Billy Bob's three days later, canceled his concert appearances. His friends later told reporters that he was extremely despondent after Mary Lou's death. On December 16, his daughter's boyfriend and Stewart's very close friend, Bill Hardman, visited his Fort Pierce, Florida, home to check on his welfare. They found Stewart dead of a self-inflicted gunshot wound to the neck.

Email ThisBlogThis!Share to TwitterShare to FacebookShare to Pinterest
Labels: Influences