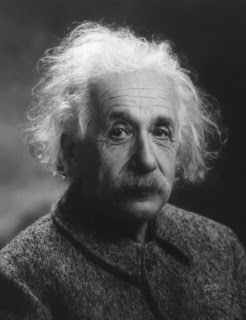 Albert Einstein defined insanity as "doing the same thing over and over again and expecting different results".


Welcome to America, home of the insane.

Every four years, Americans take to the polls to elect, or reelect, another American president. And every year, that president has been either a democrat or a republican. The only president this country has ever elected whom wasn't a member of the democratic or republican party was George Washington, our first president. Every president after that was either a democrat or a republican. Fast forward some 240 years later and presto! here we are, a nation falling apart.

Our national debt has risen drastically thanks to the help of our last two presidents. Between our last two presidents alone, we have seen our national debt rise over 10 trillion dollars. (8 of it during the Obama administration.) Our infrastructure is in dire straits. Our economy is basically crap. ISIS is on the rise and we don't seem to want to stop them. Our politicians not only bicker between themselves like children in a schoolyard, but they have a penchant of lying to the people they are allegedly claiming to serve. Law enforcement across the nation has become trigger happy towards unarmed suspects / citizens, focusing mostly on the black community. Democrats are after our guns, republicans are cramming their god down our throats and trying to get schools to comply to their beliefs. Republicans also deny consenting, law abiding citizens and tax paying gays and lesbians from marrying each other. I'm telling you, it's getting stupid these days. So stupid that people are complaining about their jobs at Walmart. If you didn't like the pay when the job was offered, then why did you accept it in the first place?

Like I said, things are getting stupid. Ridiculously stupid. And while we continue to go to the polls to elect ourselves a new president, our problems in America continue to grow. Nothing is getting resolved. Nothing that matters anyway. It is all getting worse with each passing year and each passing president. The irony is, democrats all blame the republicans and republicans all blame democrats. The truth is, both parties are responsible for the horrendous conditions here in America. Both parties are responsible for the lack of leadership. They blame each other and yet, they both are right. It is both of their faults for the shape this country is in. 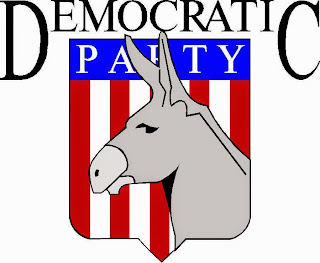 At least in earlier days, perhaps prior to 1999 or maybe even 1990, the two parties would sometimes work together on issues. Maybe not ALL the time, but enough to get things done and push America forward. But for the last 15 years (at least) this has not been the case. More and more, and with each passing year, democrats and republican are finding it harder and harder to reach any kind of middle ground. At least when Bush Jr. was in office, the democrats appeared to try and work with the republicans but with Obama, the republicans have been 100% non-compliant - even with their efforts - to even try and meet democrats halfway. On the other hand, one can't really blame them too much because the democratic agenda has changed a lot since Bill Clinton was in office. And in my opinion, Bill Clinton was the last great president we had. Forget about the Monica Lewinsky scandal, not many "normal" Americans even cared about Bill's hanky panky. Americans were just glad to have a job and let's face it, jobs were plentiful after Bill Clinton took office. I didn't vote for him the first time around (I voted for Ross Perot) but I gladly voted for him the second time around. This still doesn't mean Hillary Clinton would make a good president because as I mentioned earlier, the democratic agenda has changed. By that I mean, they are trying to turn America into China. I don't like that. China is a communist country. America is halfway communistic. We need to turn this train around.

The republicans have gotten a little more absurd the past 15 to 20 years too. More and more they want to cram their morals and values down our throats. The hard-cores that is. They cry about how they are always getting singled out. "ISIS wants to kill us." they say. Well, maybe it's their karma for singling out gays and lesbians to discriminate against. I don't know. But you can't single out a group of people and call them evil and hateful names then cry like a big baby when some other group singles you out. It's called, "what comes around, goes around", get used to it. Maybe, perhaps, if the Christians stopped being so, so, Christian? And stop hating on other groups of people, then maybe other groups of people will stop singling them out. Or maybe more and more people would stand up and help defend them. As it stands, the reason people are turning away from Christianity, and the numbers indicate that they are, is because people are now beginning to realize how hateful the hard-cores are and they are making the not so hard core Christians look bad.

Regardless, both parties are way out of control now. Lies after lies after lies from both sides and Americans are getting real sick and tired of it. At least I hope they are. I know I am. And yet every four years Americans still go out and vote for one of these two parties into the White House. Americans are doing the same thing over and over and expecting different results. But they are not getting those different results. They are not getting that change they so desperately want. Obama turned out to be the great black hype that turned into the great black lie. Well, maybe not, he ran on the promise of change and he has changed America from more of its freedoms and constitutional rights and more towards communism. Kind of picking up where Bush Jr. left off.

Both parties are founded on a small degree of communism. Think like us, act like us, look like us, talk like us, believe like us and you're in the group. Both parties are also in the pockets of big business, big corporations and the extremely wealthy. The order of priority for both parties is, 1) The party itself comes first, then 2) The wealthy who pay - I mean - donate big money to the party and then maybe, 3) The American people. The point is both parties put the people who voted for them last in the order of priority. The country comes last. It always what's best for the party that comes first. This has to change. One way to change it is to put term limits on politicians.

As Americans, I think we know what the problem is. The question is, how do we change it? How do we fix our country before it's too late? Or is it already too late? 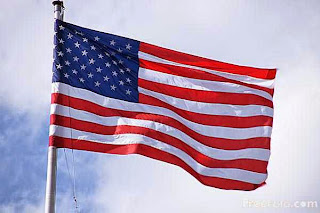 I mean, if you think by voting for Hillary Clinton in 2016 isn't voting for Obama, then you are sadly mistaken. A vote for Hillary is the same as reelecting Obama. And any vote for the republican party, and any actual Bush (Jeb) or Scott Walker, Ted Cruz or the like isn't a vote for George Bush Jr. or Sr. or any other past republican then you are sadly mistaken again too. Sure, the names are different and the faces changed but it's not the individual we are voting for anymore, nor has it probably ever been, but instead, it's the party. They are all still democrats or republicans and we have been voting for these idiots for well over 200 years and what do we have to show for it? Well, all the things I mentioned at the beginning of this post. The national debt, a failing infrastructure and a sagging economy marred with an incompetent education system.

It's been democrats or republicans ever since Washington left office. And it's been getting worse every year for America and Americans. So, what is the point of this post you ask? Well, it's to bring these facts to light about our political parties. It's about real change. Something I decided years ago that I wish to pass along to you. A new system of change that will rock this nation to its very core and shake up the two horrible political parties. I have decided long ago that if I ever do vote again, it will be for an Independent. Or it will be for someone who isn't a career politician like Donald trump or Jesse Ventura or someone along those lines. But regardless, the one thing I have decide that I would refuse to do is vote ever again for a democrat or a republican. After nearly 240 years, it's just not getting us anywhere but deeper and deeper into a mess. And I just can't defend my choice if I were to vote for one of the parties. It's really just trying to pick the lesser of two evils. I don't think Americans should have to vote like that anymore. The time has come to start looking at other options when it comes to leadership in this country. It's time to look at the Trumps and the Venturas of the world. It is time to look at voting for non-career politicians for a change. For a real change.

And while I say it, I know it probably isn't going to happen because apparently, the American people are not convinced they are always and constantly being lied to by both parties. Hillary Clinton isn't going to be "change". Nor will she be able to put America back on track. I don't see a candidate from either party who will be able to do that because these days, democrats and republicans are too busy blaming each other for the problems in America that they haven't time to look for a solution, and to look into that proverbial mirror. Nor do I believe real change will occur because Americans are just too busy doing the same thing over and over again and expecting a different result.

Posted by Carroll Bryant at 6:29 AM No comments: Links to this post

Email ThisBlogThis!Share to TwitterShare to FacebookShare to Pinterest
Labels: Politics

It is widely believed within the "Ancient Astronaut" theorists and others that there are some 82 different alien species living on planet Earth. This theory was first presented by a former Canadian defense minister, Paul Hellyer. According to Mr. Hellyer, these 82 species of aliens have been living on planet Earth before humans were born.

My Imagination - Written by Carroll Bryant

MY IMAGINATION - Written by Carroll Bryant 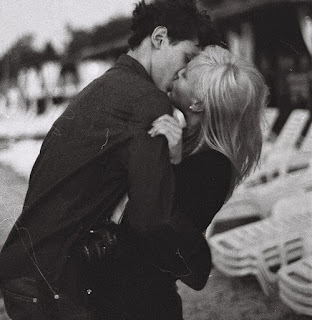