The Girl In "Sister Christian" Video

Ever since I first saw the video of the song, Sister Christian, by Night Ranger, I, like so many other young American red-blooded boys, was infatuated with the blonde girl in the video. All through my life, I would never know that girl's name ... until recently, when I decided to try and look it up. Not only did I find out her name, but I also got to read her one and only interview. I also got to see updated pictures. She is still smoking hot. And now, I want to share that with all of you. Just click on the link below. Happy reading.


Noblemania: Sister Christian Girl
Posted by Carroll Bryant at 9:33 AM No comments: Links to this post

I want to follow their lead, but it is so difficult for me because I was born a warrior. A fighter. The guy who may not start the shit, but certainly the guy who doesn't run from it, either. I stand up for myself, and all my life since high school, I have also stood up for others. I lost count of how many times I defended others from bullies in high school. Even in the military, there were a few friends I defended from bigger and stronger bullies.

But yeah, that has been my life story. I was always THAT GUY everyone wanted to be around when troublemakers came calling.

On a couple of occasions, those troublemakers came calling via internet. Online bullies that found me and thought I would be a push over. They quickly found out that I don't back down. I not only stand up to them, but I also fight back.

The last time bullies found me, it was on Twitter last fall. (2017) While my first bully attack was by a bunch of book bloggers and their pals, the one thing they have in common with the latest bullies is that they were mostly democrats, too.

On Twitter, I was attacked for making the comment that "I would rather vote for a pedophile for public office over a socialist. (Democrat)" I still stand by that comment.

The democrats on Twitter went absolutely crazy. Their hate runneth over. lol They were so angry that they actually started lying and saying that I supported pedophiles. (Which isn't true) Then it quickly turned into them saying that I was a pedophile. It's easy for democrats to do this kind of thing because they are hateful, liars, and violent people by nature.

But their lies then spread to my previous bully attack by that fat female Mexican stalker and her bully friends. And of course the Gen-X bullies had to put their fat faces into it because they are hateful, stupid and ignorant that way. No bully attack can go on without their ton of bullshit lies, too. lol

What they did was fuel a fire where no fire was present. But that's democrats for you. That's bullies for you.

The only thing they did was get more evil people involved in attacking me. And from that, an attack on my Facebook page also ensued. From there, I was able to focus on seven people who attacked me. I was able to gather their real names, and locations. Home addresses and work places. Phone numbers. You name it. And these seven people turned out to live rather close to me. Four of them in my state.

Since December, I have managed to meet three of them face to face.

While my health has taken a turn for the worse, I do plan to rebound soon enough. Maybe I will, maybe I won't. Maybe by next Christmas, I will be gone. Who knows.

Still, I have a quest to complete. And even in my sad shape, I have been able to confront three male internet bullies who were tough enough to attack me on the keyboard, but as I walked up behind them in a line at a store, one by one, and tap them on the shoulder, introduce myself and give them a chance to say those horrible things to my face that they said on my Facebook page, all three did the exact same thing. They shit their pants. Haha

They walked away as I followed, and they called the police. But the joke was on them because I knew they would pussy out and call the police so in each event, I called them before I introduced myself to these guys so that by the time they would start walking away, the cops would show up.

I told police the reason I called them was because if these guys were to tell me to my face what they so bravely wrote on my Facebook page, then I was going to beat the living hell right out of them. I was intending to hurt them, and hurt them bad. I wanted the police close by and or on the scene when it happened so I could give myself up to them peacefully.

With each man, all of which were right around my age, not only did they coward to the task, but the police actually sided with me when these "tough guys" demanded they arrest me for "stalking" them. lol Obviously, the cops refused, saying, "I don't blame him. If you stalked and called me a pedophile on Facebook, I would want to whoop your ass, too."

The cops even went so far as to tell these guys that they are too old to be bullying people online like that. None the less, I proved that democrat men are cowards. They are only as tough as the internet will allow them to be, but in real life, they are vagina's.

I have been keeping tabs with a 4th guy who lives in Chillicothe, Ohio. (My hometown)

Soon, I will give him a chance also to say to my face what he said on my Facebook page. I'm sure, like the others so far, he will coward to the task. He will freak out and start screaming like a little girl to call the police. That seems to be these bullies favorite thing to do. I think it's just the shock of the fact that they bullied someone for absolutely no reason and that guy they bullied, is now bullying them back. lol And they are afraid to get their asses beat. And get a beat down they would get, too, if they were brave enough to say to my face what they said on my Facebook page.

I do plan to introduce myself personally to the other bullies as well. I will give them all the opportunity to be real life "tough guys", and not just internet pussies. lol I'm pretty sure the others will react / respond in similar fashion. Provided of course that I live long enough to make the rest of the rounds.

To those other four cowards, I know where you live and I will be coming around to visit you all soon enough. You will know I have found you when I tap you on the shoulder in a line in a store, one unassuming day. Like the first three, you will also be given an opportunity to be tough. Don't bother calling the cops, I will have already dispatched them. And if you say to my face what you said on my Facebook page, it will be the cops who will call the ambulance for you while they take me off to jail.

And when I face the judge, I will be smiling, and quite proud of myself, as I explain why I beat the fecal matter out of your ass. lol You can sue me when you come out of your three month old coma. Haha

To my awesome friends, in real life and online, don't give up on me. One day, I could very well learn from your example, and turn the other cheek.


Posted by Carroll Bryant at 3:22 PM No comments: Links to this post

Email ThisBlogThis!Share to TwitterShare to FacebookShare to Pinterest
Labels: journal


Now check out the champions below: 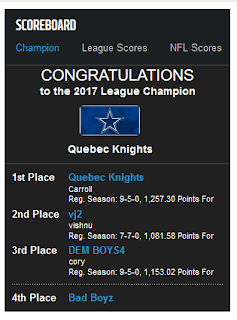 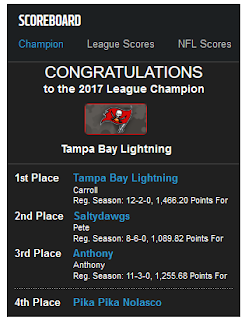 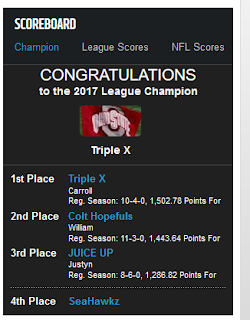 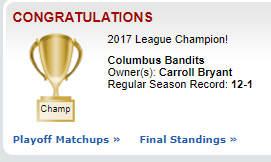 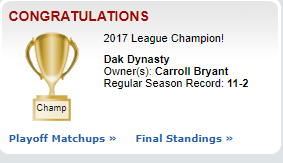 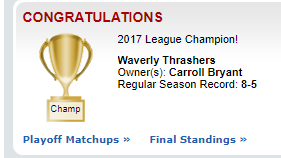 Posted by Carroll Bryant at 6:08 AM No comments: Links to this post